“Always two there are, no more, no less. A master and an apprentice.” – Master Yoda on the Sith

How is it possible for Yoda to know about the Sith Rule of Two when the Sith have been extinct for a millennia?

In Part 1 of this series, I began with the question above. As you may recall from that first post, the question came to me from one of the fans of this blog. Naturally, I was happy to indulge and jumped into it with a full-head of steam.

But as I wrestled with the question in my head, I ran into more problems than I had anticipated, and slowly got bogged down by the extra baggage, all of which I played out in the previous Parts.

At last, though, we have arrived at the Finale and it is time to take the deep dive into my answer to the question.

My idea is actually a rather simple one: Rather than having Darth Bane live/enact the Rule of Two 1,000 years before the events of The Phantom Menace, we move his life back in time, essentially making him MORE ancient.

Now, before going any further, I should note that we can do this because there is literally NO ancient history to contend with in the Star Wars canon. Sure, the Expanded Universe (EU), which many of you undoubtedly love and still enjoy, did establish a very detailed history for the era of the Old Republic, including various wars between the Jedi and Sith.

But the EU, while flipping awesome, is not part of the official Star Wars canon, and because it isn’t, we can rearrange things however we want, no longer beholden to those EU stories – including the Darth Bane novels. 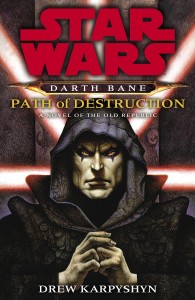 So we push canonical Darth Bane farther into the past. This opens new avenues for storytelling and creates a much clearer picture for the sake of canonical continuity, one that does not put Yoda in the awkward spot of knowing something about the Sith that he shouldn’t be able to know.

Alright, let’s explore the rationale for this and how it plays out.

First off, let’s back up and think about what Yoda says at the end of Episode I about the Rule of Two. He states, “Always two there are, no more, no less. A Master and an Apprentice.”

Besides, when Yoda says this statement to Mace Windu in The Phantom Menace, Windu’s reaction is not “Dude, how do you know that!?!” but is rather “But which one was killed, the Master or the Apprentice?” What Yoda says is something Mace Windu already knows.

Also, keep in mind that if we are working within the 1,000 year time frame, the last knowledge the Jedi would have about the Sith is that the Sith Order was massive before it went kaput. Yoda should have said “Always a shit ton of Sith there are!”

Oh, and one other thing – Is Yoda really so accepting that he would actually believe there are only two Sith? The way of the Dark Side is one of lying, deceit, and mistrust, and if Yoda had discovered this new shift in Sith philosophy, he should be the last one to believe this is how the Sith now operate. Then again, that is hardly the point because THE SITH ARE IN HIDING AND THE JEDI BELIEVE THE SITH ARE EXTINCT!!! 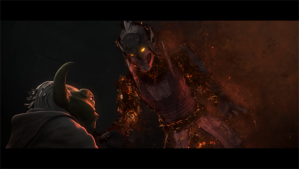 To me, the only conclusion that makes sense is that the Rule of Two was around far longer than 1,000 years ago, so long in fact that the Jedi Order is no longer concerned with thousands of Sith presenting a problem – they are only concerned with two Sith at a given time.

As I have already quoted and explored in Part 2 and Part 3, Darth Bane states that “The Sith killed each other, victims of their own greed” in The Clone Wars episode “Sacrifices.” Obviously, the implication of this statement is that BEFORE Darth Bane changed Sith philosophy, the Sith were legion. However, what is also implied is that the Sith Order collapsed in on itself. The Dark Side breeds conflict and the Sith focused their fighting on each other rather than their TRUE enemy – the Jedi.

From the “ashes of destruction,” Bane, the last survivor and the most powerful of the old Sith reinvented the Sith Order, declaring that there would be only two Sith Lords.

Plus, pushing Bane into the distant past opens up more storytelling possibilities, with two separate eras of the ancient Sith to work with:

1) The Pre-Bane Sith – Story ideas could involve the birth/rise of the ancient Sith Order on Moraband; the constant infighting between Sith Lords; the shaky alliances between Sith in wars against the Jedi Order; a final showdown between the last of the Sith with Darth Bane coming out the victor. 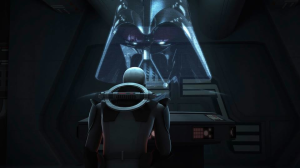 2) The Post-Darth Bane/Rule of Two Sith – Stories about two Sith Lords acting at any given time, but with the Apprentice vying with the Master; Master-Apprentice working together to bring about the defeat of the Jedi Order; the relationship between the two Sith and other (non-Sith) Dark Side users (like, for example, the Inquisitors who appear in Star Wars Rebels)

But what of the Sith “extinction” which Jedi Master Ki-Adi-Mundi refers to in The Phantom Menace?

At the 1,000 year mark, the point Master Mundi is referring too, this is when the Sith are finally “defeated” by the Jedi Order. I will let your imagination work to think about what that moment would look like, but the end result is the same: the Jedi are convinced they have finally defeated their arch nemesis.

Battered but not extinct, the Sith would go into hiding, taking a new approach to bringing down the Jedi Order through subtlety, cunning, and intrigue, culminating in Darth Sidious’ victory over the Jedi in Revenge of the Sith.

Ultimately, I believe this approach, placing Darth Bane/the introduction of the Rule of Two further in the Star Wars past would protect the continuity of the canon while also opening it to new and dynamic story possibilities.

But doing this is not just important for the sake of clarifying how Yoda knows about the Rule of Two in The Phantom Menace, or what Darth Bane is talking about in “Sacrifices.” It is important because as fans, we should expect elements within Star Wars to line up and make sense. That is the entire point of continuity.

Plus, this is even more relevant now that EVERYTHING has the same weight, the same status as being canonical. Whether it is a comic book, video game, television show, a children’s book, or a movie, each of these pieces are on the exact same level. And this necessitates delicacy, attention to detail, and patience to ensure that ALL story-elements in the ENTIRE canon function together and do not create significant points of confusion or contradiction.

But don’t get me wrong, I know incongruities will persist, they just shouldn’t be so massive, so glaring that they chew into a fan’s enjoyment of the galaxy far, far away.