Since it was released in September 2015, Star Wars: Uprising hasn’t really garnered a great deal of attention, and when it has, the attention hasn’t always been positive. In large part, this is because the mobile game – which takes place in the Outer Rim’s Anoat sector and is set in the months following the Battle of Endor – is a real slog, taking the player on a lengthy journey of level-ups, gear/crew upgrades, sector battles, and story missions that seem to drag out. In other words, it takes a persistent amount of dedication and patience to stay committed to Uprising, especially if one wants to soak up all that it adds to the Star Wars mythos.

Well, long story short, I am one of those persistent people. I was ready to play Uprising before it launched, and since then, I have consistently played it. I have, in fairness, taken some breaks every now and again, but I nevertheless continue to go back to it. I have always loved Star Wars RPG games, in large part because these games offer a “direct experience” of the universe. Sure, Uprising might not be the most popular of games, but it is a game that I enjoy because it offers a unique take on Star Wars, the immersion in the history and present-day happenings of a sector in the Star Wars galaxy. No, it isn’t the most action-packed of Star Wars games ever made, but approach it with an open-mind and one will quickly discover that there is a lot to glean from it about Star Wars lore.

Journey to a Desolate World 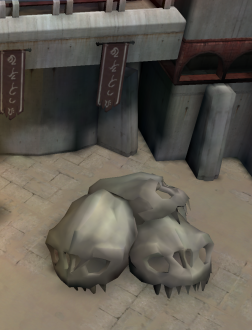 Originally introduced in The Essential Atlas – one of the MANY Expanded Universe reference guides – Mataou is a planet that C-3PO would certainly describe as a “desolate place.” A hot desert world sitting on the edge of the Ivax Nebula, Mataou serves as one of the entry points into the Ison Trade Corridor, a hyperspace route that branches off of the Corellian Trade Spine. Best known for the native and highly venomous Ro Hypa serpent, Mataou is also notorious for its former rulers: the Hutts.

In those missions in Uprising where one travels to Mataou, what one comes across are the ruins of a once grand Hutt presence. While some of these ruins have been restored thanks to criminal elements that utilize Mataou as a hideout, the structures on the planet are otherwise in disuse and show clear signs of crumbling and decay. Nevertheless, the classic architecture and massive complexes point backwards in history to a time when the Hutts dominated the planet.

Of particular note on Mataou are statues of various Hutts – perhaps those who belonged to the Gnuda Kajidic (family/crime gang) – a visual reminder of the influence and power the Hutts maintained over those they ruled. Draped from the sides of the impressive buildings are tattered banners, the script written on them being a form of Huttese that also appeared in The Clone Wars episode “Bound for Rescue.” In turn, scattered among the abandoned, sand-swept ruins one also comes upon the occasional bleached skulls of dead Rancors, a clear indication that Jabba was not the only Hutt to have an affinity for the massive beasts. Additionally, there are chains and shackles attached to walls, and one has to wonder if slaves and/or enemies were fed to Rancors, Ro Hypa, or other deadly creatures. As well, the wreckage of desert skiffs, similar to the ones we see in Return of the Jedi, can also be found strewn about the Hutt complexes. 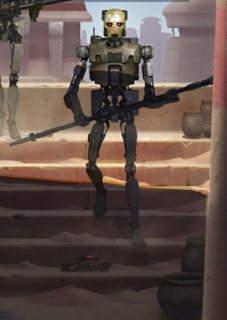 Perhaps the most direct and obvious remnant of these Hutts are the droids they left behind.  In a number of missions to Mataou, one is forced to deal with Ancient Security Droids, Hutt Security Droids, and the powerful Hutt Guard Droids. These robots of old continue to roam and guard the abandoned Hutt structures, following their directive to eliminate trespassers. While these droids are not the only threats one will face on Mataou ,they are never-the-less extremely formidable and dangerous. It is no wonder the Hutt complexes are so sparsely occupied…

The most intriguing vestige of these Hutts, at least in my opinion, is a spot known as the Shrine of Dynasties. With an altar at its center, thriving plant life, and an ambiance radiating tranquility, the Shrine has an obvious sacred and religious feel to it. In fact, I would not be surprised to learn that the Shrine is a conduit for the Living Force.

Historically, the Shrine of Dynasties was used as a meeting place between the Hutts and the Nothoiin Noble Court. The Nobles, you learn in the game, are the long-time and rightful rulers of the Anoat sector. At the Shrine, the two sides would discuss matters of peace and cooperation. Unfortunately, this is all we learn about not only the Shrine of Dynasties but the relationship between the Hutts and Nobles. Still, this little information is enough to make me want to know more about their relationship. It’s hard to imagine any Hutts being cooperative or peaceful, but clearly the Hutts who governed Mataou were willing to be both with the Noble Court. 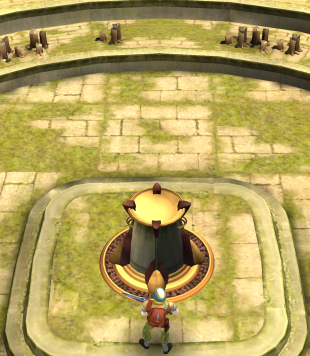 My character stands before the altar in the center of the Shrine of Dynasties.

Then again, even if they were peaceful and cooperative with the Nothoiion nobles, this hardly means they always acted/negotiated with righteous intentions. After all, we are talking about Hutts, a species best known for profiting off of illegal activities. It would not be surprising if we eventually learn their peace and cooperation was motivated by the desire to avoid the scrutiny of the Nobles. Better to play along so the Nothoiion do not suspect the Hutts are up to no good, right?

Ultimately, it’s hard to say for sure exactly what the Hutts of Mataou were like beyond what little information we can piece together in the game. Perhaps they actually WERE a planet of Hutts that broke the mold, acting altruistically and for the benefit of all. Or, maybe they were like other Hutt clans, entirely concerned with their  own self-interests and preservation. There is no way of knowing for sure until more information about these Hutts is added to Uprising specifically, or the Star Wars canon in general.

And if that is to happen, if we do end up getting more details about these Hutts – their relationship with the Nobles, their opulent lifestyle, their connection with other Hutt worlds, etc. – I also hope we are eventually told why their civilization on Mataou crumbled. This is probably the single biggest question I have about the Hutts of Mataou, a curiosity to know what became of them and why they no longer inhabit the world. In Uprising, a character named Riley mentions that the Hutts might have left the planet because of the Ro Hypa, and perhaps this was so. Otherwise, maybe there had been infighting, or a war with outsiders, or a disease that wiped out the population. Or perhaps, in what would be typical Hutt fashion, living on Mataou stopped being good for profits and they moved to another world. The possibilities are limitless and open to the imagination.

Still, I should note that there is at least one Hutt who continues to live in the Anoat sector, one whose ancestors hailed from the desert world: Voras the Hutt, leader of the Ivax Syndicate. A mysterious Hutt with his hands in an endless number of criminal activities, Voras and his Syndicate hold incredible influence in the Anoat sector. But that is all I will say about them…I don’t need Voras putting a bounty on my head.