It has been a hella crazy week for Star Wars fans. A Han Solo film was announced, the novel Dark Disciple was published, the first issue in the Lando comic series was released, and San Diego Comic Con is giving us even more Star Wars insanity like the release of the First Order Stormtrooper action figure from The Force Awakens! Plus, yours truly announced the upcoming Ewok Week I will be doing later this summer. Yahtzee, the awesome just keeps rolling on and on!

For today’s post, though, I wanted to keep things on the lighter side. I did a lot of pretty heavy mental lifting with my series on The Rule of Two and my brain has not fully recovered. Well, that and I just moved to Alexandria, VA from Pittsburgh, PA and I am exhausted. Needless to say, sitting here writing something that isn’t too dense is a nice reprieve from the shenanigans of moving.

In a fun twist, though, my idea for today’s post is a result of the move, or rather, the drive from Pittsburgh to Alexandria. 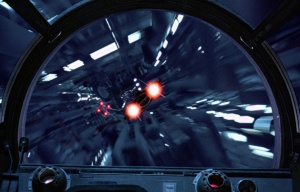 You see, on the Pennsylvania Turnpike, there is a pretty lengthy tunnel called the Allegheny Tunnel which cuts through a mountain in the Appalachians. As I sped 70mph towards the tunnel, I instinctively flipped a switch in my brain and, entering the tunnel, belted out The Battle of Endor III – Medley from the Return of the Jedi soundtrack. Can’t recall what the Third Medley is? I got ya covered: click HERE and listen for a second. I will wait for you to get back…

Alright, so, that is the music that plays when Wedge Antilles (in his X-Wing) and Lando Calrissian (in the Millennium Falcon) fly into the super structure of the Second Death Star. Chances are you already knew that, and chances are that if you have watched Return of the Jedi enough times, when you have driven into a tunnel, you have also belted out this particular Medley.

Or, maybe, you have actually turned on the Return of the Jedi soundtrack and listened to the Medley as you drove through a tunnel. If my RotJ soundtrack had been in the car with me, I would have done that too (I only had The Empire Strikes Back with me on this particular trip).

Yeah, I am not ashamed to say that I imagine that I am flying into the superstructure of the Second Death Star when I drive into tunnels. But the thing is I do it entirely on instinct. It is built into my psyche at this point. If I ever drive into a tunnel and I don’t hum the tune, or belt it out, or put the RotJ soundtrack on I feel like something is wrong.

Oh, and to make tunnel driving even more awesome, I typically quote Wedge and Lando as I drive into and through a tunnel, all of which culminates with the “YEEEEEHAAAAW” as I fly, whoops, I mean drive out the other side. 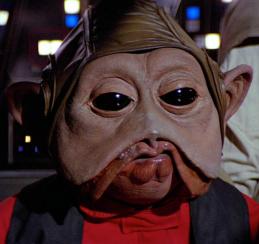 Really, what would make the tunnel driving even more epic is if I had someone sitting next to me willing to play the part of Nien Nunb. But they will have to learn Sullustese. I mean, it would be pretty ridiculous for someone to pretend to be Nien and for them not to learn Sullustese!!! Hahaha how silly, Nien Nunb speaking Basic!

Anywho, I have some pretty awesome stuff planned for the coming weeks (including my take on what a Yoda film AND a Kenobi film, respectively, could/should look like), but until then, let me know if A) if you have ever had a similar tunnel-driving experience(s) as the one I have described and B) if you find yourself in other situations belting out a Star Wars tune or quoting Star Wars. Leave a comment and share the love!