“Always two there are, no more, no less. A master and an apprentice.” – Master Yoda on the Sith

Question: How is it possible for Yoda to know about the Sith Rule of Two when the Sith have been extinct for a millennia?

Before jumping directly into answering the question at hand, a bit of context is necessary so that we are all on the same page. That said, it is essential to first consider the two scenes from The Phantom Menace from which this question is born. I have provided links for both of the scenes below to refresh your memory.

The first is a scene in which Qui-Gon Jinn explains to the Jedi Council that he was attacked by a mysterious warrior while on the planet Tatooine, concluding that the warrior was, in fact, a Sith. In response, Master Ki-Adi-Mundi, a member of the Council, exclaims that “the Sith have been extinct for a millennia.”

The second scene is at the end of the film, and depicts Qui-Gon’s funeral after he is killed. Off to the side, Master Yoda and Master Windu discuss the identity of the mysterious warrior. Master Windu states, “There’s no doubt that the mysterious warrior was a Sith.” In response, Master Yoda, agreeing with his friend, states “Always two there are, no more, no less. A master and an apprentice.”

Now, there is obviously much more happening in both of these scenes than we will be discussing here, but for the sake of staying on topic, we will skip over the other stuff this time around.

Ultimately, the question at hand is amalgamation of both of these scenes, or rather, points that are raised in each scene. On the one hand, we discover from Master Mundi that the Sith have been extinct for a millennia. But we also know, from Master Yoda, that the Sith operate in a curious way: there are only ever two Sith Lords, a Master and Apprentice. The question then, how Yoda knows about the Rule of Two, is a pertinent one. Once again, if the Sith have been extinct for a millennia, how can a Jedi know anything about this very specific Rule?

The Phantom Menace does not provide a whole lot of information to solve this conundrum. Even if we added other moments in the film, there is still not much to work with. Still, let’s play around with what we have.

We have been working off of the assumption that the Rule of Two was instituted AFTER the Sith “extinction” event. The problem, though, is that this creates a couple of convoluted problems when the moment arrives and Yoda actually learns about the Rule of Two.

On the one hand, if he discovered the information himself (let’s say he found a Sith artifact that discusses the Rule), he must have kept the discovery to himself. What would this say about Yoda? He knew the Sith had instituted a new Rule AFTER their extinction, that the Sith were still out there? Are we to believe Yoda chose to hide this information from the Council, and not use the full weight of the Jedi Order to hunt down the hidden Sith Lords?

Plus, when watching the scene where Mace Windu and Yoda are conversing at Qui-Gon’s funeral, one does not get the impression that Windu is surprised by what Yoda says. Instead, Yoda’s assertion that “Always two there are…” is matter of fact, something Mace Windu already knew. Perhaps Yoda had confided in Mace Windu about what he discovered, but then all this does is forces us to re-ask the questions I just presented, with Yoda and Windu both implicated.

However, I am led to believe that what Masters Yoda and Windu are discussing is something the Jedi Order already knows about the Sith. In other words, it is common knowledge that the Sith have a Rule of Two.

On the other hand, what if Yoda learned the information from the Jedi Order, and did not independently discover the information? This lines up with the the Rule of Two being “common knowledge,” but this essentially means the Jedi did know that the Sith had survived. At best, this throws Ki-Adi-Mundi under the bus and makes him look like a fool, and at worst, it means the Jedi just stopped caring about the Sith, their mortal enemy, even though they knew the Sith were still around…

Frankly, I just don’t buy it. The Jedi might be flawed in a number of ways, but I can’t see them willfully ignoring the existence of the Sith. Besides, I take Master Mundi at his word, and trust that he is presenting the official position of the Jedi Order: the Sith are extinct.

But what if it is the official position of the Jedi Order that the Sith are extinct, but the Council is hiding the truth. Could it be the Jedi Council knew that the Sith were still alive for all those years, that they had instituted a new Rule of Two, and the Council kept this a secret? Perhaps Master Mundi was feigning ignorance, pretending to be in disbelief at Qui-Gon’s statement that he was attacked by a Sith Lord. What would this say about the members of the Jedi Council? 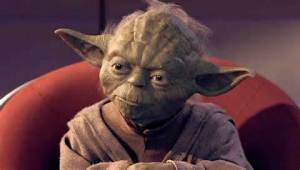 I will be arguing in another post that the Jedi are victims of their own hubris, but I am not sure I believe the Council misled the Jedi Order, and the Republic, and kept the knowledge about the Sith hidden. Don’t get me wrong, I do think this is a possibility, and that this approach could potentially work. However, I feel like the way things play out in the Prequel Trilogy hinges, in part, on the Jedi scrambling at the re-emergence of the Sith, as if the Order, and the Council in particular, are unsure how to act.

Plus, I am also not willing to undermine the scheme the Sith put into play when they went “extinct.” The Sith instituted a master plan that came to fruition in the Prequels, beginning with their return in The Phantom Menace. I would suggest we let the Sith have their moment in the sun, and when they reveal themselves, they caught the Jedi off-guard and unprepared.

And with that said, where in the world do we go from here?

Well, there is actually some more information we can look at, but it doesn’t come from The Phantom Menace. In Part 2, then, we will a journey to Moraband, the ancient homeworld of the Sith and meet the Sith Lord who instituted the Rule of Two: Darth Bane.

Oh, and just FYI, things are going to get really complicated.